Find out before anyone else the latest news and live the excitement of the 2021 FIG!

FLYING AROUND THE WORLD IN A SOLAR PLANE 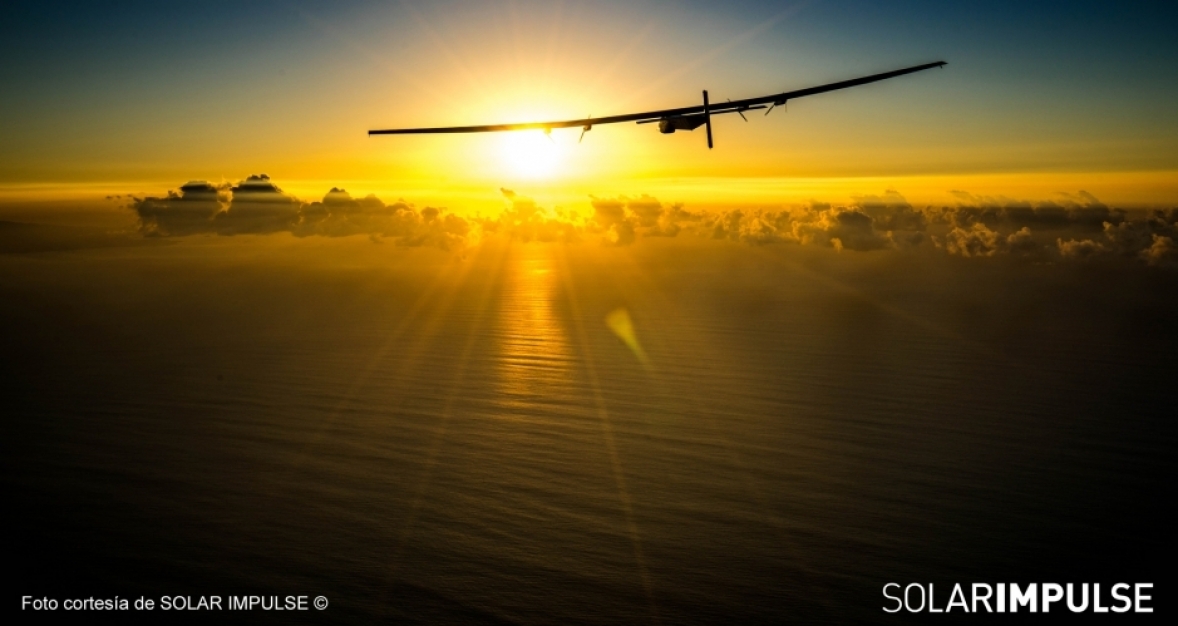 SOLAR IMPULSE: FLYING AROUND THE WORLD IN A SOLAR PLANE.
A dream come true. A dream discouraged by the same scientific community it was intended to serve. The vision of a man who has taken shape over the years, and despite crossing the black horizon of marginalization and contempt, now has destroyed the barrier of the impossible and turned history; It invites us to a future that we can look with optimism and imagination which can become facts: Welcome to SOLAR IMPULSE.
In 1999, Bertrand Piccard, renowned pilot and researcher, descendant of a family of cutting-edge scientific legendary explorers, made history by flying around the world in a gas balloon the same year, began working on this ambitious project.
Doing an outsanding research for more than 8 years, studying solar energy and possible ways of storing and using it as an alternative to fossil fuels, Piccard begins to create the foundations of what today is the first aircraft powered exclusively by solar energy. It's not just about raising awareness in the scientific community and society, this project aims to revolutionize our era and completely transform our planet. August Piccard, grandfather of Bertrand and famed explorer, stated that the issue was not how to bring mankind to other planets, but how to organize our society to make the Earth habitable and more self-sustaining.
The year was 1931. Piccard achieved the dream of their ancestors by developing a technology extraordinary effort to demonstrate that it is possible fly around the planet without a single drop of fuel, a fact that for years was listed as impossible and absurd. The Solar Impulse is indeed capable of flying in theory forever without another addition to the solar energy stored in batteries, unique in its kind fuel, captured through its solar panels that simultaneously shape the wings of the aircraft. Almost organic shape, size and weight out of the ordinary, the Solar Impulse seems more like an illustration from a book of science fiction; hard to believe seeing it flying for days, determined and silent, sending a message to all nations visiting and inviting everyone to join this journey.
The Solar Impulse intends to test his theory flying over 35,000km around the world for 500 hrs, crossing the Pacific Ocean and the Atlantic, taking as a starting point and return Abu Dhabi, United Arab Emirates. Ambitious but driven by a great spirit and courage. Piccard, who besides being regarded as an authority in the air and respected pilot balloons, is a great friend and promoter of FIG. During one of the several meetings that were with him, under the Lorraine Mondial Air Ballons, who had as Guest of Honor at the FIG in 2013 and 2015, Piccard invited us to reflect: "if it is possible that an ocean crossing plane and whole countries without fuel, staying in the air for days, then we can move this engineering to homes around the world, and make them completely self-sustaining ". It is essential to see the future, look beyond the horizon, imagine the consequences of a self-sustaining planet, and why not? also question the equation and test any variable, but in the end we will realize that although the end of all this adventure is to free our world from a terrible addiction to oil, also can aspire to peace. We are at the beginning of an era that perhaps can not see fully realized, but we can be sure of having helped achieve today. Thanks to the great visionaries and enemies of conformity as Bertrand Piccard, will have access to revolutionary technologies that will make our homes self-sufficient, free from any combustible complex, we can move on cleaner and more efficient vehicles, but above all, we can live at last harmony with our environment and enjoy our natural resources, leaving behind the era of abuse and havoc. From the first day that a project like Solar Impulse sees the light of this reality it is no longer a dream. The world and the future of the new generations are in our hands.

FIG CREW; EXPERIENCE THE ADVENTURE AND FLY WITH US

You are invited to participate in this great celebration, where in addition to get a hot air balloon ride, you will have the opportunity to meet and t

Among the top 3 Hot Air Balloon events in the world, FIG brings you a one of a kind show full of color, featuring 200 balloons from around the world,